Child in the City: Make the Outdoors Fun Again

From Child in the City, the European Network of Child Friendly Cityes.

The National Trust research showed that children are playing outside for an average of just over four hours a week. This compares unfavorably with 8.2 hours for their parents when they were children. What’s more, a study by the UK government study found that 10% of respondents have not even been in a natural environment such as a park, forest or beach for at least a year. It showed that overall engagement with outside rural spaces is low in the modern age, and as you might expect, highly dependent on both the parent’s attitudes to outdoor activity and their socio-economic status.

But it’s not just a UK phenomenon. A recent study by the Seattle Children’s Research Institute appearing in the Archives of Pediatric & Adolescent Medicine discovered that almost 50% of preschoolers lacked even one parent-supervised outdoor play session per day. On average, children aged 10 to 16 now spend only 12.6 minutes a day on vigorous outdoor activity compared with 10.4 waking hours being relatively motionless.

We are raising a generation of sedentary kids who would much rather sit on the couch with a game controller and Mario than be outside armed only with a stick and their imagination. 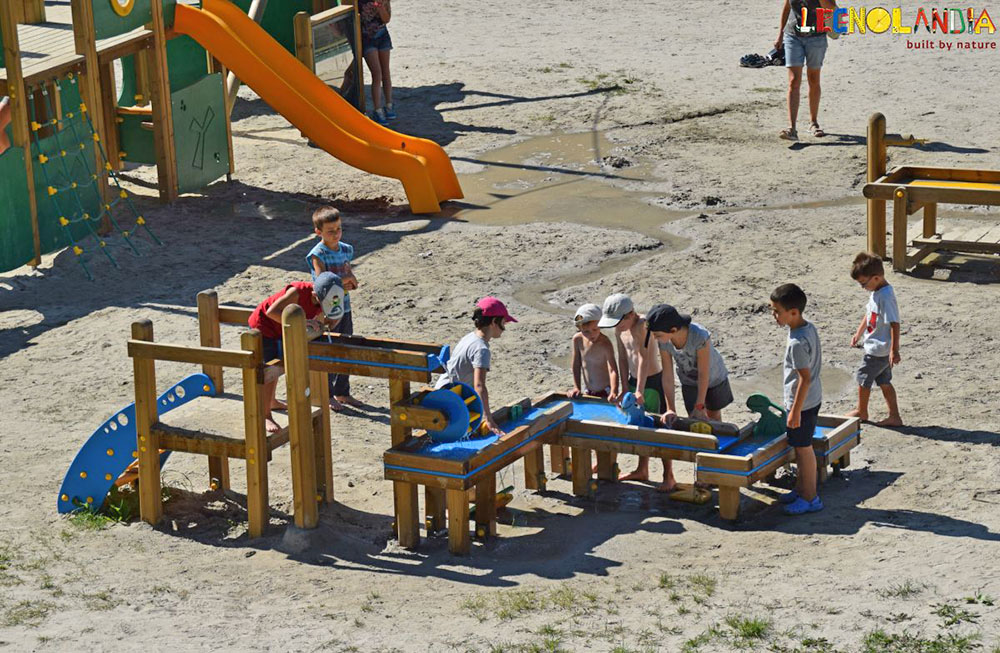 What does it mean for Kids?

There are many studies that show real benefits to outdoor play that children could be missing out on. It’s not just fresh air and pretty scenery, there are real physical and mental benefits to spending time outside. Just being outside boosts Vitamin D levels. Moreover, manipulating real-world objects and navigating real environments can help develop motor-skills and spatial awareness. There is even evidence to suggest that exposure to the sun can also help with eyesight as pupil restriction helps train the muscle and increase farsightedness. As well as the physical benefits, children also receive a great boost to mental acuity by spending time outdoors.

The weight of evidence is clear. Outdoor play leads to physically and mentally stronger kids that are more confident and socially better adjusted. This is not to say there are no benefits to playing inside, however. Indoor play can be hugely beneficial to the imagination. It can enhance creativity and other cognitive development depending on the activity chosen.

For example, reading books improves memory and knowledge, stimulates brain function, reduces stress levels and increases your child’s attention span. While learning an instrument ‘exercises’ the brain and improves memory, cognitive development and can even improve concentration and energy levels.

It is simplistic to say that outdoor activities are good, indoor bad. There are benefits to both. It is clear though that in our modern age, the balance has swung too far in favor of indoor activities and this is something that must be addressed if children are to reap the benefits. Getting children to spend more time outdoors is essential if we are to give the next generation physical and mental health they need to thrive in life.

Why are Children Playing Outside Less?

Technology is the big headline. Children are bombarded with new entertainment mediums, from more established tech like TV and film to cutting edge games, social media and mobile phones. There are more diversions than ever to occupy the minds and time of children. But it would be way too simplistic to say that everything is the fault of the rise in new media.

As the value of land increases, it can seem much more important to build new apartments or office blocks rather than leave open spaces for kids in cities to play in. Though many urban areas are waking up to the importance of open spaces for the happiness and productivity of its citizens, there are still huge financial pressures to makes every open space a more ‘productive’ part of the landscape.

Town planners are not entirely responsible for the demise in children’s play areas though. There has also been a big shift in parental attitudes over the years and the attitudes of child caretakers, such as teachers and nursery staff. An atmosphere of fear has built up amongst those responsible for looking after children.

Research by the National Children’s Bureau in the UK revealed that nearly 50% of parents let “fear of strangers” prevent them from allowing sons or daughters to play outside. Organizations that look after children, such as nurseries or schools are also greatly concerned with the possibilities of being sued should a child injure themselves while under their care. Sadly, this risk averse culture is actually harming kids rather than protecting them as it is contributing to them having a far more coddled childhood, leading to a lack of independence later in life.

Can Kids be Safely Reintroduced to the Great Outdoors?

It can seem like there is nothing you can do to fight the rising tide of technology and fear. But don’t worry. There are sensible steps you can take to ensure your child enjoys the many benefits of outdoor play. There are three simple steps to take:

So firstly, it is up to you to control how much time your child spends indulging themselves with indoor pursuits. They key thing is to break-up the habit of coming inside and automatically putting on the TV or looking at a mobile phone. Ensure they understand that a mix of activity is an essential part of a balanced day.

At least equally important as setting restrictions on shiny technology is to make the outdoors as appealing to your child as possible. Cast your mind back to childhood and remember the things that intrigued you and set fire to your imagination. Make sure your child has all the tools at their disposal to enjoy the best the outdoors has to offer. Let them use their creativity to bring playtime to life.

In addition to activities, it is important to give children a space that is their own to enjoy and have adventures. If you have a backyard, why not provide an area for them to enjoy and use how they will. Forts and treehouses are the stuff of childhood dreams. If you don’t have a backyard, make playdates at local parks and playgrounds. You can also use websites like Trip Advisor to find attractions in your local area.

Feeling protective of your children is entirely natural. But remember they are also very resilient and tough. It is rare the child that escapes childhood without a few scrapes and bruises along the way, but that is a natural part of growing up.

There is nothing wrong with creating rules for outdoor play. Certainly not venturing out onto roads should be one of them, for example. But don’t try to clear away all risks. Learning how to assess and contain risks is an essential part of childhood development and they should be able to make their own mistakes within well-defined parameters.

Though very young children should always be safely supervised, as children get older being trusted to be outside on their own is an important badge of achievement. It is up to the development of each child and the feelings of each parent as to when this time arrives but it will help to develop their self-confidence and feelings of self-worth. If you can relax within defined safety boundaries, you will give your child a balanced, healthy childhood, full of fun, imagination and play, that they will thank you for throughout their lives.

From: Child in the City.